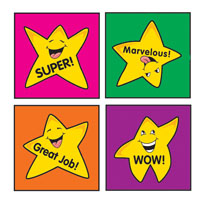 Research by Carol Dweck, Ph.D. a professor at Columbia University (now at Stanford), reinforced the notion that too much praise is, in fact, not always good for children.  For over ten years, psychologist Carol Dweck and her team studied the effect of praise on students in a dozen New York schools. Her seminal work — a series of experiments on 400 fifth-graders — found that children praised for being smart or talented when they accomplished various tasks tended to choose easier tasks in the future.

Children who are over-praised quickly learn to pursue only those activities and pursuits that continue to make them look smart or talented.  Further, they easily become “approval junkies”; rather than developing an internalized self- esteem, they learn to depend on others to evaluate their worth, and often become paralyzed when that is not forthcoming.

From the parents’ perspective, over-praising (rather than encouraging) is sometimes a way of perpetuating their children’s dependence on them and on their approval.  Over-praising somehow ensures that their children will remain dependent on their evaluations, beliefs, tastes, and  perceptions, as regards what is good/desirable and what is bad/undesirable.

Encouragement, as opposed to praise, allows children a greater degree of control over their world, and an internalized locus of self-worth. Children who are encouraged for their efforts (rather than their results) come to see themselves in greater control of their success. They are more willing to take risks (choosing more challenging tasks when given a choice), risks that will allow them to continue learning and improving.

1. Encourage the effort or the learning and not the end result: “You worked hard. You deserve it,” rather than, “You got an A, I’m so proud of you.”

2. Use specific (non-global) statements of encouragement: “You have really applied yourself to working out that math problem,” rather than “You’re so great at math.”

4.  Focus on encouraging current efforts, rather than connecting to future possibilities for success: Avoid such statements as, “You did a great job of studying; you’ll definitely ace the test” (they may study hard and still not do well).

More on the difference between Praise and Encouragement, as taught by the Positive Discipline movement