Do Women Like Child Care More Than Men? (Tara Parker-Pope) 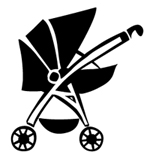 This article by Tara Parker-Pope appeared in The New York Times Magazine (3.25.2012).  I found it most interesting and thought I’d share it in its entirety.

Once during a disagreement with my husband, I complained that he wasn’t helping enough with our daughter, and I gave him a long list of the parenting chores I was shouldering on my own. “But you like doing all that stuff,” he blurted in his defense. I don’t recall how the conversation ended (probably badly), but I thought of it while reading a new study about the more mundane responsibilities of parenting. Researchers asked 181 heterosexual college professors who had children 2 or younger to rate, on a scale of 1 to 5, the pleasure they experienced from child care.

On 16 out of 25 child-care tasks — like changing diapers, taking a child to the doctor or getting up in the middle of a night to attend to a child — women reported statistically significant higher levels of enjoyment than men. The only parenting issue that gave women less pleasure than it gave men was having to manage who does what for the child. Over all, women’s scores were 10 percent higher than men’s.

Is it really true that women end up shouldering more of the parenting burden simply because they like it more — or at least dislike it less? Steven Rhoads, a University of Virginia political-science professor and the study’s lead author, surmised that some women may have inflated their enjoyment scores because of feelings of guilt or cultural pressure. But he also said some research suggests that a woman’s parenting skills are deeply rooted in biology. Women with high levels of testosterone, for instance, often show less interest in babies, while a father’s testosterone levels are known to drop when a new baby arrives, ostensibly a biological mechanism to encourage bonding with the infant.

Women are also far more likely to take advantage of family-leave benefits to care for children. In the study, all the universities offered paid family leave, and 69 percent of the women took it, while only 12 percent of the men did. In Sweden, where family leave for both parents is particularly generous, men use about 20 percent of the 480-day benefit. Women use nearly all of it.

It’s difficult to untangle how cultural and economic pressures or biological hard-wiring influence parenting. Plenty of men change diapers, and studies show that mothers and fathers alike spend more time with their children than they used to. Men have more than doubled the time they spend on child care since 1985. Yet women still spend twice as much time with the kids as men, says the University of Maryland sociologist John Robinson, who oversees the Americans’ Use of Time project.

Notably in Rhoads’s study, the two parenting activities that gave men the most pleasure (and women, too) were playing and talking with their kids. But when men were asked to rate how often they actually did those things, their scores were about 10 and 40 percent lower, respectively, than women’s. In the end, perhaps the issue is not that mothers are overburdened by their children — my husband was right when he said I liked being a mom — but that men, for all their progress as fathers, are still missing out.