What REALLY Turns People On? 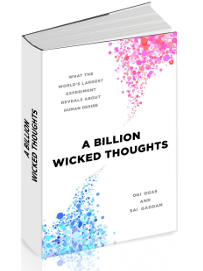 Women, on the other hand, Ogas and Gaddam stated, have a unique neural structure contrived by evolution to protect them against the risks of reckless sex and to ensure that their partner would be a “strong and decent men willing to invest in a stable, long-term, child-rearing relationship.”  This structure “inhabits a woman’s conscious mind and intercepts signals coming from her body, preventing them from triggering conscious, psychological arousal.” In other words, physical arousal and psychological arousal in men are united, while in women, the two are separate.